TASA is pleased to announce the launch of a new program to help further the association’s Mission: School Transformation initiative. Through the Superintendents-in-Residence program, recently retired superintendents will serve TASA part time, assisting members across the state on matters related to fulfilling TASA’s vision as outlined in Creating a New Vision for Public Education in Texas.

Three experts in the “visioning work,” including two of the co-authors of the visioning document, will help support the work of districts that are committed to school transformation, serving as advisors to districts and school leaders. Specifically, they will support participants of the Future-Ready Superintendents Leadership Network (FRSLN) and Texas Public Accountability Consortium (TPAC), but will also be available to anyone who has an interest in the visioning work. We welcome these legendary superintendents to the TASA staff! Karen is a leader on the local, state, and national levels in creating transformation in education, with a focus on preparing future-ready students, encouraging innovation and creativity, and developing more meaningful assessment and accountability measures. She was a founding member of the Public Education Visioning Institute and co-chaired the Texas High Performance Schools Consortium.

Karen retired in 2016 with 37 years in education – 11 as superintendent of Northwest ISD and three years as superintendent of Tuloso-Midway ISD. That same year, she was named a finalist for AASA’s Women in School Leadership Award. She was the 2014 Region 11 Superintendent of the Year, selected to participate in Classroom Connectivity in Texas at the Governor’s Mansion and in the Connected Superintendents Summit at the White House, chosen as a finalist in the eSchool News Tech-Savvy Superintendent Awards program, and named one of the nation’s Top 50 Innovators in Education by the Center for Digital Education.

Karen served as TASA president in 2015-16 and is also a past president of the Fast Growth Schools Coalition, Texas Association of Suburban/Mid-Urban Schools, and Urban Superintendents of America Association. She also served as vice president for the Texas School Coalition.

Rod was also a founding member of the Public Education Visioning Institute – the group of 35 superintendents who came together from 2006 to 2008 to develop the visioning document, and as superintendent of Amarillo ISD, he participated in the Consortium Associates, a group of districts that share in the work of the Texas High Performance Schools Consortium.

He retired as superintendent of Amarillo ISD in 2015 with 42 years of service to the district. A well-respected leader in the Amarillo community, the district board of trustees renamed the district support center in his honor upon his retirement.

In both 2003 and 2014, Rod was named Region 16 Superintendent of the Year. He was also honored as one of the first West Texas A&M University Graduates of Distinction in 2009, as an “Educator of the Year” by the Hispanic Chamber of Commerce in 2011, and as a “Good Scout” by the Golden Spread Council of Boy Scouts of America in 2012.

Rod served on many TASA committees and on the boards of directors for the Texas Business and Education Coalition and the Equity Center. He twice served as president of the Texas School Alliance. 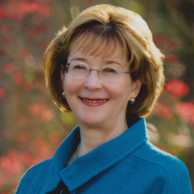 A champion of school transformation, Mary Ann has long been a strong advocate for a reduction in the emphasis on standardized testing in favor of multiple, diagnostic assessments and a supporter of digital learning and local accountability. She served as a member of the Texas High Performance Schools Consortium Steering Committee and TASA School Transformation Design Team, and she participated in the Consortium Associates as well as in year one of the Texas Public Accountability Consortium’s work. She also initiated the creation of the East Texas Consortium for the New Vision for Public Education and served as facilitator for 50 districts in Region 7.

In 2017, Mary Ann retired from public education with 44 years of service, including 23 years as superintendent of Hudson ISD, where she worked to implement the principles outlined in the visioning document.

TASA superintendents-in-residence will be available to TASA members for support, advice, and professional guidance related to school transformation efforts. They will also assist TASA staff with Mission: School Transformation-related events, including those for members of FRSLN and TPAC.